Microsoft Worldwide Partner Conference – Bigger and Better Than Ever

Ed Kaczor, our VP of Sales, spent last week in Washington, DC at the 2010 Microsoft Worldwide Partner Conference. Over 13,000 people participated in this year’s conference, far surpassing last year’s attendance, which is a very good sign for the coming year. The conference featured some high profile speakers, including a keynote by former President Bill Clinton titled “Embracing our Common Humanity” in which he discussed where he sees the world going and the role that technology plays in reducing global disparities.

Another very interesting keynote speaker was Kevin Turner, Microsoft’s Chief Operating Officer. Kevin’s presentation covered a lot of ground but some important take-aways were Microsoft’s impressive success in building market share and the continuing success of SharePoint in the global market place. SharePoint has been Microsoft’s fastest server product to hit $1 billion in revenue and Kevin predicts it will also be the fastest to $2 billion. Another important take-away was Microsoft’s commitment to “cloud computing” with a focus on its BPOS Business Productivity Online Suite offering. 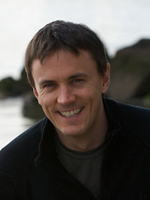 Ryan Duguid, Microsoft’s Senior Product Manager for ECM, was the guest speaker at our very successful webinar on “SharePoint 2010: What’s New for Email Management?” During the webinar we received several questions from attendees, some of which Ryan was able to answer live. However, a number of questions were answered by Ryan via email after the webinar and you can read those questions and answers below.

How do we educate users on what emails need to be declared as a record?

The decision about what email should be declared as a record varies from one organization to the next depending on specific internal requirements as well as industry and government regulations. In general though, any email correspondence that is considered to be evidence of business activities and transactions would constitute a record. Two of the most prominent definitions of what constitutes a record are:

Dave Foster, our VP of Development, has created a short screencast that demonstrates a new feature in V4.2, the use of Keyword Metadata fields. This feature allows user created folksonomies to be accessible via the Colligo metadata editor. Users can set, edit, and modify terms from term stores on the server through a simple type-ahead interface from the Colligo Term selector.

We are really pleased to announce the launch of Colligo Contributor Version 4.2! This is an important release for us as it provides support for Office/Outlook 2010 along with additional support for new SharePoint 2010 enterprise content management (ECM) features including keyword metadata, document sets, and in-place records management. It also includes some technical enhancements designed to accelerate synchronization and increase overall performance. Thanks to our world class development team for delivering a great new version of our award-winning SharePoint client solutions.

Colligo at SharePoint Conferences in New Zealand and Australia 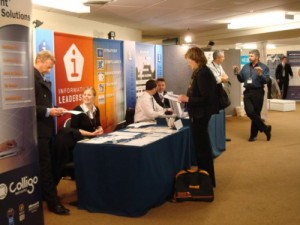 June continued to be a busy month at Colligo for conferences and events. Colligo’s Braeden Calyniuk, who’s responsible for business development in the Asia Pacific region, recently attended, presented, and exhibited at the New Zealand SharePoint Conference in Wellington and the Australian SharePoint Conference in Sydney. Both events were well attended with over 400 SharePoint professionals in New Zealand and 800 in Australia. Ryan Duguid, who recently co-hosted our extremely successful webinar on email management in SharePoint 2010, provided the keynote address in Wellington.

This was Colligo’s first time exhibiting in New Zealand and Australia and it was great for Braeden to meet face-to-face with the many partners and customers that he’s only talked with on the phone. It was also great to meet with Microsoft representatives in both countries, so a big thanks to Ryan Duguid for introductions to the Microsoft New Zealand people and to Gayan Peiris for introductions to the Microsoft Australia folks.

Conferences like Tech-Ed are a great way for us to connect with customers, learn about their experiences using our products and the results that their companies are achieving. At Tech-Ed 2010 in New Orleans, we had the good fortune of having Bob Burke from Newfoundland Power stop by the Colligo booth. Bob is an Application Analyst and was heavily involved in deploying Colligo Contributor to their field service staff.

Awhile back I posted about a webinar I was doing with Tricia Bush of Microsoft entitled “Is SharePoint 2010 Ready for Enterprise Content Management?” We presented it on Tuesday. It went very well with over 2,500 registrants. The webinar is available for instant replay here. In addition to the webinar, you can also get a trial of Contributor Pro and request a case study on how Watson Wyatt is deploying SharePoint 2010 and Colligo Contributor for content and records management.

With the New Year upon us, I’ve been engaged in discussions over the past couple weeks briefing our partners on Colligo’s successes in 2009 and our plans for 2010. Much of this focus has been with partners in the bigger markets, but yesterday I sat down with Sean Wallbridge, a SharePoint MVP from Victoria on Vancouver Island. Like many companies Colligo is focused on selling aboard into the bigger markets, so it is always refreshing to speak with another local success story. In this case it is particularly true because Sean is a fan of my beloved Toronto Maple Leafs which is a rare find on the west coast of Canada! 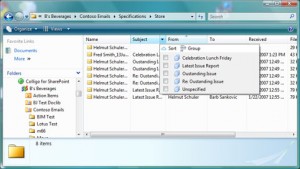 Come and get it. Contributor 4.0 is through extensive internal and external testing and is now available for download. You can get a trial here. Better still, you can buy a copy here🙂

Answers to Questions from the Attachment Management Webinar

Below are the questions participants asked at the recent Webinar “How To Implement an Effective Email Attachment Solution in SharePoint”. If you would like to view the webinar, please go here.

Q: If the SharePoint site is a hosted site and is authenticated via forms based authentication how will this affect the Outlook integration?

A: While Colligo does support Hosted SharePoint sites, at this time it does not support Forms based authentication. This is a feature we are actively looking in our roadmap for a future release of Contributor.